Vaping is the act of inhaling and exhaling the aerosol, often referred to as vapor, which is produced by an e-cigarette or similar device. Vaping devices come in various size and shapes, and can be used with different flavors

They were introduced to the mass market in the U.S. in 2007

Juul (pronounced “jewel”) is a popular brand of e-cigarette produced by JUUL Labs, Inc.  They are marketed as a smoking cessation product, however, it is not FDA approved.

When the device is used, the battery heats the heating component, which turns the contents of the e-liquid into an aerosol that is inhaled into the lungs and then exhaled.

There are numerous vape brands on the market. JUUL is the number one brand of choice by youth.

They also use packaging that resembles candies and sweets that are appealing to youth.

They also use packaging that resembles candies and sweets that are appealing to youth.

Normal cigarettes average around $10.00 a pack in CT. Compared to a popular brand of E-Cigarettes where, after the initial investment of the device for $34.99, a four-pack of pods costs $15.99. With one pod providing the nicotine equivalent of one pack of conventional cigarettes it makes vaping a cheaper alternative to smoking cigarettes.

The Surgeon General Report explains, extensive use of price-reducing promotions leads to higher rates of tobacco use among young people than would have occurred in the absence of these promotions.

These products are readily available at convenient stores and can be purchased easily online with minimal safeguards to age restrictions.

Blowing smoke can be manipulated to do tricks. Youth post the videos of them doing vaping tricks on social media and gain popularity through that skill set. In the past, Big Vape companies have even paid Instagram influencers to use and promote their products.

A Misconception That it is Safe

Vaping is marketed as a better alternative to smoking conventional cigarettes and as a smoking cessation device but they are not approved by the FDA for that purpose and research shows people who vape are more likely to use other nicotine products as well. Vaping has been proven to pose serious health risks, in fact it is an independent risk factor to respiratory/ lung diseases.

According to the Surgeon General, because the brain isn’t fully developed until the mid-20s, youth and young adults are uniquely at risk for long-term, long-lasting effects of exposing their developing brains to nicotine.

E-cigarette use among youth and young adults is strongly linked to the use of other tobacco products such as regular cigarettes, cigars, hookah, and smokeless tobacco.

Due to changes in the brain, quitting is harder for those who start at a young age. Prevention is key.

Nicotine, is a stimulant drug found in all tobacco products and E-cigarettes. It is extremely addictive, and one of the most commonly abused drug.

Nicotine and the body

E-cigarettes are a 2.35 billion dollar business in the United States.

As of 2014, the e-cigarette industry spent $125 million a year to advertise their products and used many of the techniques that made traditional cigarettes such a popular consumer product.

Implementing these marketing and advertising strategies are proven to cause youth to use them.  The youth are saturated with these messages and ads, increasing the likelihood of use.

Many of the Big Tobacco brands have subsidiaries which are the vaping companies. Altria, the makers of Marlboro cigarettes, owns 35% of JUUL Labs 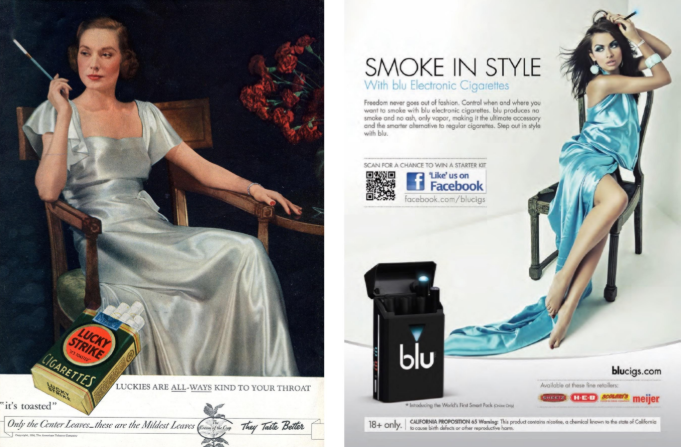 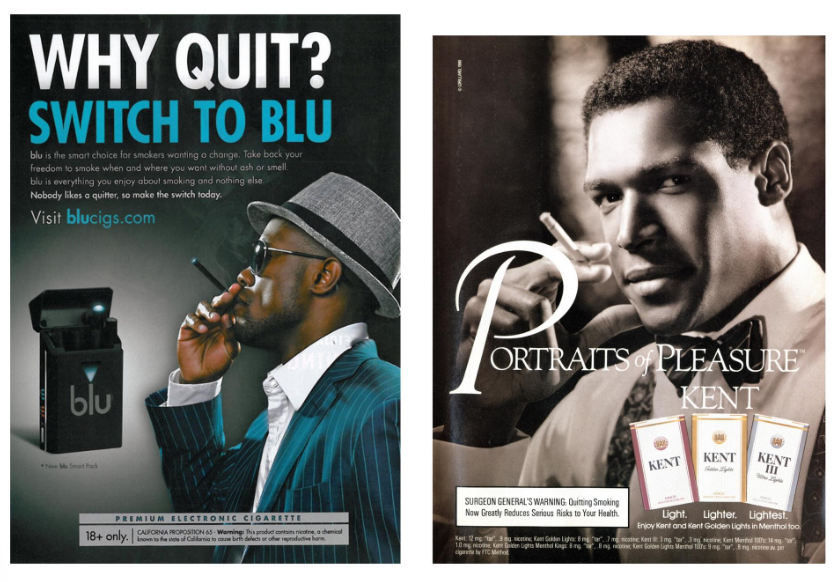 Signs your child may be vaping

Before Talking to Your Child

Questions That May Arise

Child:  “What is the big deal with nicotine?”

Adult:  “Nicotine is a drug that causes severe dependence, especially in the developing brain.  It can make it harder for you to concentrate, learn, or control your impulses.  And it can even train your brain to be more easily addicted to other substances.”

Child:  “I thought vaping was a safe alternative to smoking cigarettes?”

Adult: “There is nothing safe about vaping.  The “water vapor” is an aerosol which contains harmful things that go into your lungs like metals and toxic particles.  Also, vapes contain nicotine which is extremely addictive drug and damaging for the adolescent brain.”

Adult: “No, although it was often marketed as “water vapor” and many people believed that, it actually contains metals and toxins as well as nicotine.”

JUUL is working to prevent underage vaping.  If you confiscate a JUUL from someone under 21 you can report the serial number here to identify where
underage users obtained their products