Under the new CT Cannabis laws, Vernon is considering allowing up to 2 cannabis retailers, and the current proposal would allow cannabis establishments to be 500 feet away from schools.  The Coalition’s Chairperson Michelle Hill attended the town’s Planning and Zoning meeting and spoke during the Public Hearings and Action on Applications section to inform the committee on the impact a cannabis dispensary would have on youth’s perception of harm.  Other important points that were highlighted included the comparison to alcohol sale laws which prohibit liquor retailers from being within 1500 feet of a school, and the fact that schools are Drug-Free Zones so being within 500 feet of them would be a violation of that.  Click below to watch the news segment regarding it. 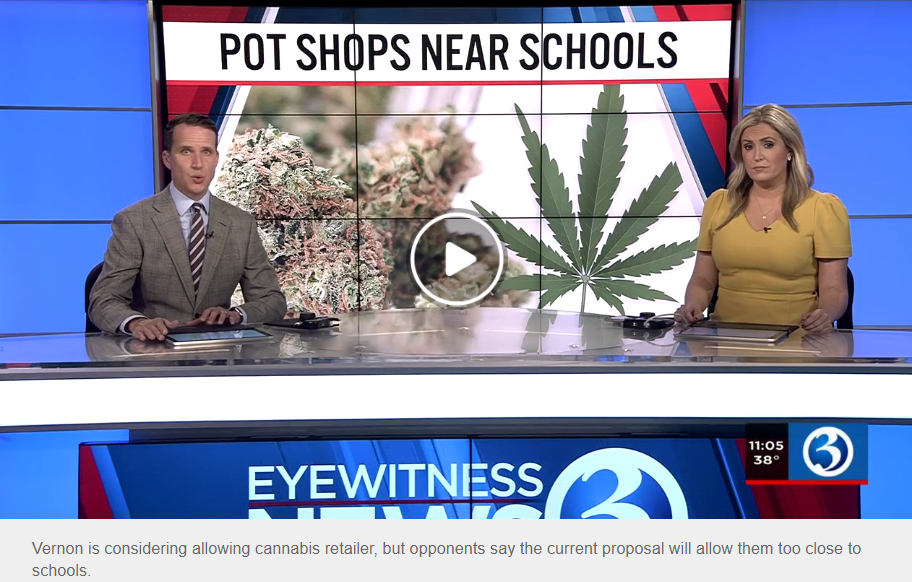